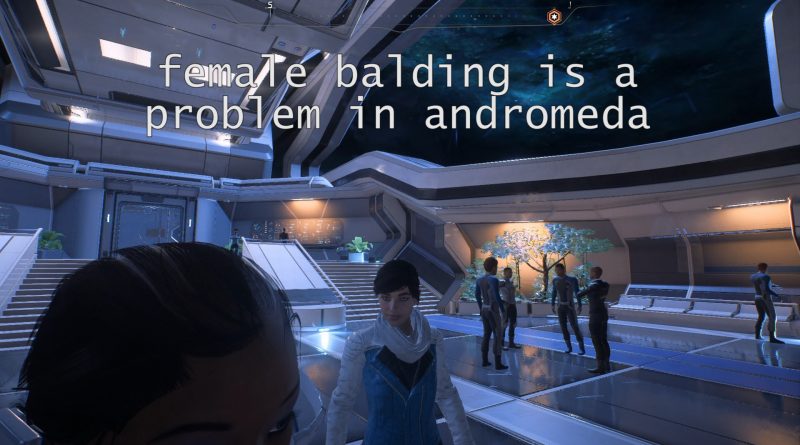 This is a two part review. The first part is my about my initial experiences in the game.  The second post will be made next Saturday after I’ve played a bit more of it.

Having to wait for a game to release while everybody across the pond already has access is always a bit annoying. But I finally got access to Mass Effect Andromeda last night. I played from 00:00 till 02:30.  I had to update my videocard drivers before I could get started playing. Then when I woke up of dreams filled with aliens and lightning storms I got back to playing through the part until I got access to my ship. Now there are plenty of negative reviews out there. We live in the age of people having a bug up their butt about things in games journalism. And I had already pre-ordered the game at the beginning of the year. And took two days off to play a good chunk of this game. Sooo I’m getting my money’s worth out of this game.

My experiences so far

The story so far has been interesting. Lots of questions out there to solve and there is plenty of content. The game looks pretty in most respects. The story so far has me hooked. There are plenty of side quests to complete. The addition of a crafting system is wonderful I have already crafted my first sniper rifle. I have no idea on how to equip it though. I have sniper specialisation. Just no idea on how to equip it. During the intro mission I wanted to return to check out a ruin. But was unable to do that due to lightning almost killing me and my team. That is a way to push people forward in a mission. But it felt forced. And thats pretty much the sense I get from this game. I’m pretty sure the people working on this weren’t ready for release. It was forced.

The not so good bits

I ran into a few infuriating bugs and gameplay issues:

But does this detract from the game experience?

For me , not really. I am really exited to play a new game in this universe. And the mass effect games have always had menu issues. So the story is pulling me through. The same way a narrator in an audiobook is secondary to the story. The game here is doing its job good enough. The only thing that has really bugging me is the auto clicking of conversation options. This irked me.

Should you buy this game?

Are you a Mass Effect fan ? Then Yes. Are you new to the franchise? Then pick up 1-3 for cheap and play those first.  By the time you are done with the other games, the bugs in this one will be fixed and the price sliced in half or even lower. Depending on how much of a completionist you are in 1-3.

This game will be worth it. It won’t cover every mystery in this new galaxy. But it is not supposed to. I will be back to deliver my final verdict after I’m a little further into the game.

[Link to part two & video will be here on Saturday]